Mother and daughter set for Fields of Life visit to Uganda 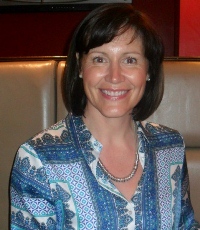 A mother and daughter from Holy Trinity Parish, Woodburn, Carrickfergus, will both be making a return trip to Uganda in August to work with the charity Fields of Life.

For mum Carol Mulligan this will be a third visit to Uganda, while daughter Clare Mulligan, 23, will be taking her second trip with Fields of Life.

The women are part of a 21–strong team made up of people from all over Ireland spending two weeks in Kampala and Lira in the north of Uganda. Team leader is Carol and Clare’s rector at Holy Trinity, the Rev Dr Alan McCann.

Carol was in Uganda in 2008 and 2010. Clare was also there in 2010, but was part of a different team whose work had to be curtailed due to the security situation in Uganda at that time.

Carol said it would be interesting to be part of such a large team, and added that Clare was looking forward to being able to work in more ‘normal’ conditions than during her previous visit. 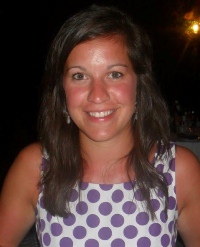 The team leaves for Uganda on August 3. They will spend the first week in Kampala. “We will be running a youth camp based at a high school. All the young people from Fields of Life schools will be coming along. There should be around 400 there during that week,” said Carol, a special needs classroom assistant at Carrick Grammar School.

“In the second week we move north to the rural town of Lira. I have been to Lira before, but it is a good six hour drive and not many teams would go that far north.”

In Lira the team will be painting a Fields of Life primary school and visiting a day nursery which cares for children who have lost their parents through HIV/AIDS.

They will also travel further north to a displacement camp which houses refugees from neighbouring countries like Sudan, Congo and Ethiopia, many of who, Carol said, will have fled the regime of the infamous Joseph Kony, leader of the Lord’s Resistance Army.

“I have never been to a camp like this before,” said Carol. “We will be working with young people, talking to them about moving on from school and teaching bible seminars. We want to show them God’s love.”

Carol is a fervent supporter of Fields of Life. “They are providing a really good education for the young people there. I believe these young people are the future of Uganda. Fields of Life are also giving these children security and showing them God’s love.”

Clare and Carol each had to raise £1,500 for the trip with other expenses such as equipment in vaccinations on top. They have both received a grant from Connor Diocese Council for Mission Mission Support Fund which Carol said had been a great help.

Read about how their trip to Uganda goes in the October issue of the diocesan magazine Connor Connections.