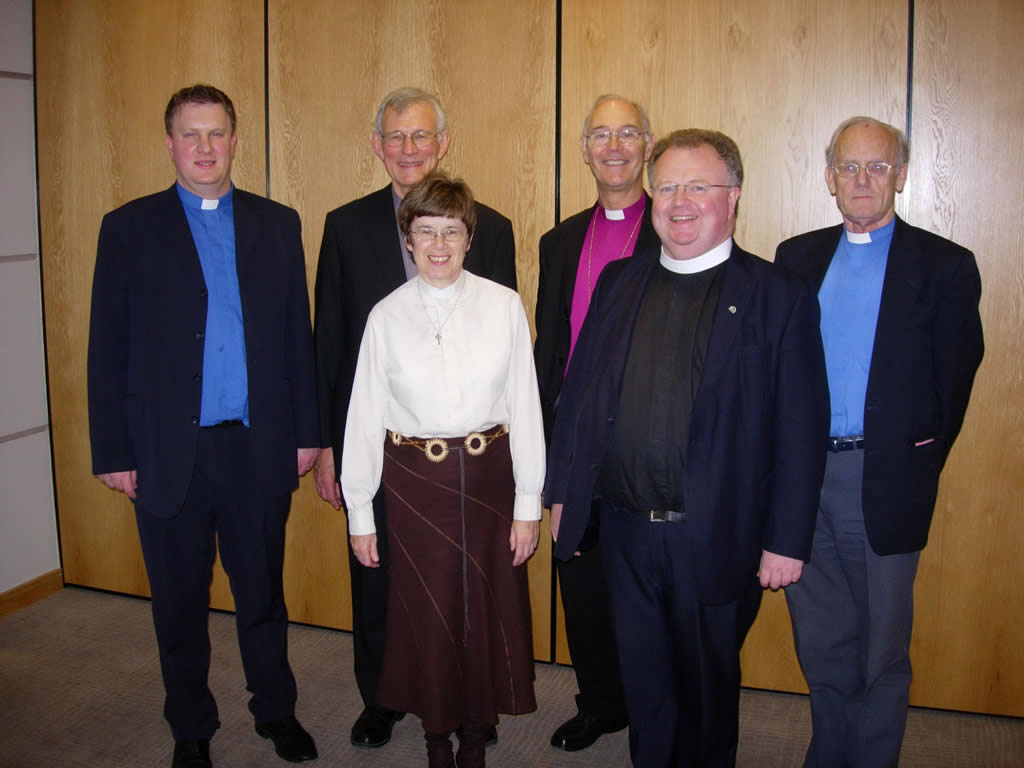 The Rev Professor Ken Houston has retired after a long and distinguished career as Professor of Mathematics at the University of Ulster at Jordanstown.

Having been on the teaching staff of the University (formerly the Ulster College and Ulster Polytechnic) for more than 30 years, the University has awarded him the title Professor Emeritus.

Ken combined his academic career with auxiliary ministry at St Andrew’s, Glencairn. He was also instrumental in the establishment of the Anglican Chaplaincy at the University campus at Jordanstown, and, for over quarter of a century was a member of the Support Committee, serving mostly as its chairman.

To mark his retirement a special service of Holy Communion was held in the University’s Chapel. Led by the Rev Houston, the preacher was the Bishop of Connor, the Rt Rev Alan Harper.

Following the service there was lunch and a presentation. The university’s present chaplain, the Rev Trevor Johnston, spoke of Ken’s interest in his chaplaincy ministry, and his help along the way.

In reply, Ken thanked those who had organised the day and drew attention to Paul’s address in the Acts of the Apostles to the Ephesian elders. He encouraged those present to keep watch over themselves and the flock “over which Christ had made them overseers”.

Ken wished the chaplaincy every blessing for the future and hoped that it would see “exponential multiplication” in its growth. The Provost of the Jordanstown campus of the University and the previous chaplains were also present at these events.