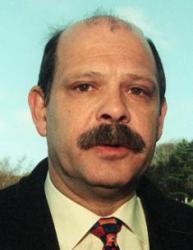 The Bishop of Connor, the Right Reverend Alan Harper, has described Progressive Unionist Party leader David Ervine, who died on January 8 2007, as a man of considerable personal courage.

Bishop Harper said Mr Ervine’s death, at the age of 53, was a source of great sadness.

“I wish to extend genuine and heartfelt sympathy to Mr Ervine’s family and close friends in their untimely loss,” the Bishop said.

“David Ervine was a man of considerable personal courage. He was an articulate and often outspoken advocate of his political convictions and an authentic spokesperson on the needs and aspirations of grass roots loyalist people in Northern Ireland.

“Mr Ervine’s own direct experience led him to renounce violent confrontation and embrace dialogue as the only acceptable means of attaining political and social objectives. In this, he was crucially influential among loyalist and paramilitary groups.”

Mr Ervine died after falling ill at the weekend and suffering a heart attack, stroke and brain haemorrhage.

A familiar face in political activity for more than a decade, he was recognized as the most articulate voice to emerge from a loyalist paramilitary underworld which has always struggled to express its point of view.

Although he was jailed on a bombing charge and always remained linked to the Ulster Volunteer Force he was a consistent advocate of non-violence, dialogue and powersharing.