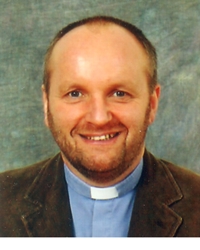 The Rev Canon Alan Abernethy, rector of Ballyholme Parish, is the new Bishop of Connor.

The 50-year-old father of two said he was ‘incredibly honoured’ to be asked to undertake this role. “I would value the prayers of everyone as I move forward,” he said.

“What I love most is to pastor and to teach and I look forward to visiting the clergy and to being a pastor to them.

“I waver from shock and panic to excitement and joy, but that is a good mix of feelings!”

Canon Abernethy’s appointment was made by the House of Bishops of the Church of Ireland which met in Dublin on Tuesday April 17.

He succeeds the Most Reverend Alan Harper, who was elected Archbishop of Armagh and Primate of All Ireland last January.

Announcing the appointment, Archbishop Harper said: "I warmly welcome the appointment of Canon Alan Abernethy to become chief pastor in the Diocese of Connor. That diocese is very much in my heart, since I spent a considerable part of my ministry there.”

He went on: “Canon Abernethy brings considerable gifts, which will greatly benefit the diocese when he begins his episcopal ministry. He has served as Central Director of Ordinands and has been very closely identified with the work the Church of Ireland is doing to reshape training for ministry. I wish Canon Abernethy and his wife, Liz, every blessing in this new development in his ministry."

Canon Abernethy is from Belfast. The Bishop-elect was ordained in 1981 and appointed to his present post as rector of Ballyholme Parish in 1990.

His wife Liz is a hospital doctor and they have two children, Peter, 18 and Ruth, 16. He enjoys reading, walking and cooking and family holidays and is a fanatical Manchester United supporter.

A former pupil of Harding Memorial Primary School and Grosvenor High School, Belfast, Canon Abernethy obtained a BA in History and Political Science from Queen’s University, Belfast, in 1978; a Dip.Theol. (1st class) from Trinity College Dublin in 1981 and a BD from Queen’s in 1989.

He was Curate-Assistant at St. Elizabeth’s, Dundonald, from 1981 to 1984, and Curate-Assistant, Lecale Group of Parishes and minor canon of Down Cathedral from 1984 until 1987.

During this period he was also Officiating Chaplain at RAF Bishopscourt.

From 1987 until 1990 he was rector of St John’s, Helen’s Bay and Chaplain at Crawfordsburn Geriatric Hospital, before moving to his present post as rector of St Columbanus, Ballyholme.

He has also been Church of Ireland Religious advisor to Downtown Radio, and is author of “Fulfilment and Frustration,” published by Columba Press in 2002.