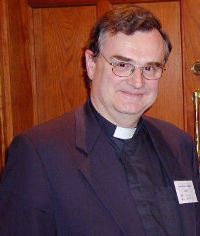 Preaching on September 9 at the Church of Ireland's 'Hard Gospel Sunday'  in St Patrick's Cathedral, Dublin, the editor of The Church of Ireland Gazette, Canon Ian Ellis, called for a renewed determination in the international community to protect religious freedom around the world.

Ahead of next year’s Olympic Games in Beijing, he referred in particular to reports of lack of religious and media freedom in China, while at the same time acknowledging the recent renewing of certain Church links with the Church in China.

Canon Ellis also referred to the March 2007 report of the UN’s Special Rapporteur on Freedom of Religion or Belief, Asma Jahangir, which includes 65 communications between the Special Rapporteur and no fewer than 35 states, over information received by her. Canon Ellis pointed out that in 28 of the 65 items, Dr Jahangir expresses concern at lack of replies from governments.

Speaking of Hard Gospel’s aims, Canon Ellis said: “The Hard Gospel Project – a three-year programme running throughout the Church – aims at helping us all to overcome sectarian attitudes and to accept ‘difference’.

“It is a tall order, but the success of the Project will lie in Church members allowing themselves to be challenged by the vision that is set forth – a vision of reconciliation and acceptance of others in their diversity.”