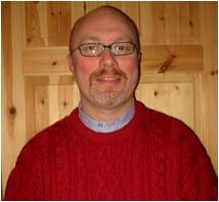 The Rev Derek Kerr was instituted as incumbent of the parishes of Drummaul, Duneane and Ballyscullion on Monday October 1.

Mr Kerr, who is 43 and single, hails from Dungannon. He spent three years at Oakhill Church of England College in London, and two years at Theological College in Dublin before he was ordained curate at St Donard’s Parish in east Belfast.

After three years he moved to Carrickfergus as curate of St Nicholas with particular charge for Holy Trinity.

In 1996, after just over three years in Carrick, Mr Kerr was appointed rector of Devenish and Boho, Co Fermanagh, in the Diocese of Clogher.

Mr Kerr said: “It was sad leaving Fermanagh, I love it dearly, but it is good getting to know the people of Drummaul, Duneane and Ballyscullion.”