Connor more than half way toward Yei target 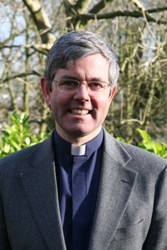 Connor has raised more than half the funding needed to build a new school in Mongo in its link diocese of Yei, southern Sudan.

As of January 31, £51,464.47 had been contributed to the Yei School Project by almost half of Connor’s 75 parishes as well as individuals and other organisations.

This means Connor is well on its way to reaching its target of £80,000 to build the Mongo school, guaranteeing a better education and a brighter future for young people in the village.

Archdeacon Stephen Forde, who visited Yei last January, and launched the project at Connor diocesan synod in October, said: “It will cost £20,000 for each of the four classroom blocks. The money we have raised to date means work on the first two classrooms blocks can get underway, hopefully in March during Yei’s dry season.”

Mongo’s present school building comprises shacks with no walls, roofs with holes, and rough sticks which act as seating. There are no desks. Three classes are held outdoors, under a mango tree.

The new school will be brick built with a corrugated iron roof and concrete floor and there will be desks in every classroom.

With many parishes adopting the appeal as Lent project, it is hoped that the full £80,000 will soon be raised, allowing work on the school to proceed quickly.

And Bishop Hilary of Yei is due back in Connor early in April to talk to parishes about his home diocese.

A powerpoint presentation on the project, delivered by Archdeacon Forde at synod, is now available on disk for any parishes wanting more information.  Please contact Mrs Rosemary Patterson, secretary to the Bishop of Connor, at Church of Ireland House, telephone 903101228.

Brochures on how to support the project can be downloaded from the Mission section of the Connor diocesan website www.connor.anglican.org.