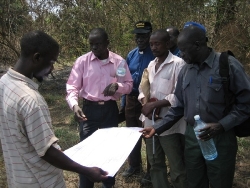 Work has begun on the new school at Mongo in Connor’s link diocese of Yei, southern Sudan.

Connor Council for Mission is aiming to raise £80,000 for the new school, and much of that money has already been collected with contributions from parishes, groups and individuals across the diocese.

At the end of January, £51,464.47 had been contributed to the Yei School Project and further funds have been coming in as a result of Lent appeals.

Each of the four proposed classroom blocks will cost £20,000. With so much raised to date, it allowed the people in Yei to get to work on construction during the area’s dry season. 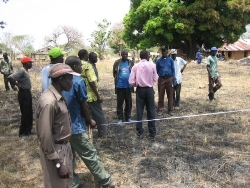 Mongo’s present school building comprises shacks with no walls, roofs with holes, and rough sticks which act as seating. There are no desks. Three classes are held outdoors, under a mango tree.

The new school will be brick built with a corrugated iron roof and concrete floor and there will be desks in every classroom. 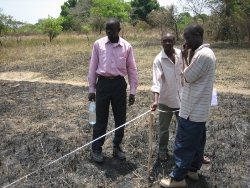