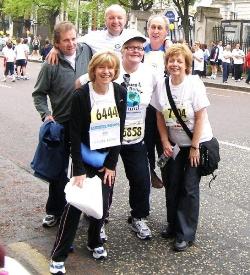 Members of Connor MU, the Bishop of Connor and his wife, and two rectors took part in the May Day Belfast Marathon.

Connor MU’s participation in the nine-mile charity walk was organised for the fourth consecutive year by vice chairman Kathleen Rodgers.

Joining her were Loraine Watt from Ballymena and Connor Diocesan President Moira Thom from Lisburn. The MU walkers were raising funds for the MU Relief Fund which will be used specifically for emergencies and disasters such as war, famine and flood.

The clergy were raising money for Connor’s Yei School Project, which is building a much-needed rural school in Connor’s link diocese of Yei, southern Sudan. 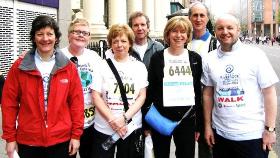