Consecration of Belfast canon as Bishop of Limerick and Killaloe 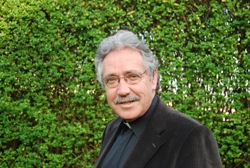 The consecration of the Bishop-elect of Limerick and Killaloe, the Rev Canon Trevor Williams will take place at 2.30pm on Friday July 11 in Christ Church Cathedral, Dublin.

Canon Williams, 59, has been rector of Holy Trinity and St Silas with Immanuel parish in north Belfast, Connor Diocese, since 2003.

The Archbishop of Dublin, the Most Rev Dr John Neill will preside at the liturgy of ordination assisted by Bishops of the Church of Ireland, and those representing other Anglican Provinces and possibly those from Nordic Lutheran Churches. Representatives from other Christian churches in Ireland and civic dignitaries are also likely to be present.

Following his consecration, the new Bishop will attend the Lambeth Conference, which takes place in Canterbury, England from July 14 –August 4.

He will be enthroned in the two Cathedrals of the Diocese, St Mary’s Cathedral, Limerick and St Flannan’s Cathedral, Killaloe on separate dates to be determined.

In 1993 he became leader of the Corrymeela Community, an ecumenical Christian group committed to promoting peace and reconciliation in Northern Ireland. He was appointed a Canon of St Patrick’s Cathedral in 2002, and moved to Holy Trinity and St Silas with Immanuel a year later.

Canon Williams retains an active interest in working for reconciliation in Northern Ireland. He recently joined with four other protestant clergymen from North Belfast in urging the Northern Ireland Executive to put more resources into addressing sectarianism in its Programme for Government.

He is married to Joyce and the couple has three adult sons, Andrew, Mark and Michael. Joyce works as an administrator with the Churches Community Work Alliance.