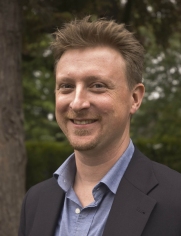 A parishioner of Belvoir parish, Belfast, Diocese of Down, has been appointed Press Officer for the Church of Ireland.

Paul Harron took up his new post on June 3. Paul has been Arts Development Manager with the Arts Council of Northern Ireland for five years, leading for the Council on architecture and public art.

Prior to that, he spent seven years in cultural book publishing, having been an Editor at Phaidon Press, London; Senior Editor at Laurence King Publishing, London; and Publishing Manager and Commissioning Editor at Appletree Press, Belfast.

Paul also brings with him several years experience of freelance journalism, and has written features, reviews and interviews for a range of publications including the Ulster Tatler; the Irish Arts Review; and Perspective, the journal of the Royal Society of Ulster Architects.

Paul sat on the editorial committee of Perspective from 2003 to 2008 and was conferred with Honorary Membership of the RSUA in 2007. He has authored the Public Art Handbook for Northern Ireland and Building for the Arts and had contributions published in various books.

Paul's role at the Arts Council dealt with both strategy and public issues, acting as spokesperson in his specialist fields; he was active in the development of major conferences, participatory public events, publications and the curatorial oversight of exhibitions.

He has widespread interests, especially in the visual arts and architectural history (with an emphasis on ecclesiastical architecture), on which subjects he has taught at Queen's University, Belfast and the Open University in Ireland. He is a member of the Historic Buildings Council of Northern Ireland.

Chairman of the Central Communications Board, Archbishop Alan Harper said:  "I welcome Paul to his position as Press Officer with the Church of Ireland. Communication is an integral part of God's purpose for our Church to seek growth, unity and service and I wish Paul every success in his new role."