Looking at Fresh Expressions in Belfast 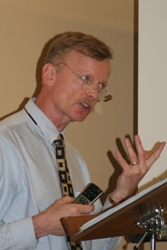 At the invitation of the Bishop of Connor, two representatives of the Church Army who are involved in Fresh Expressions in England visited north and south Belfast.

Mr George Lings of the Church Army addressed the subject of theology for a mission shaped church and for all fresh expressions of church. Download Mr Ling's powerpoint presentation and text.

He told the Ballysillan meeting: “Doing something outside the box may theologically raise many questions for people.”

Neville Willerton, now National Projects Officer for Fresh Expressions for the Church Army, told the meetings he had spent seven years in Northern Ireland. He outlined a model of Fresh Expressions of Church based in Wolverhampton, an area he said had similarities to Belfast. 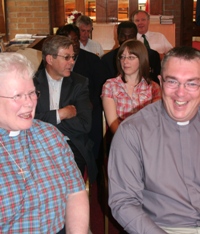 Neville told the Kilmakee meeting: “The core of the Gospel is to go to people who have not seen and have not heard. Fresh Expressions is a God given opportunity to reshape His church.

“I encourage all of you to take the initiative. To not take Fresh Expressions is to risk missing a generation.”

The meetings were attended by invited guests including members of clergy and others involved in ministry in south and north Belfast. At both meetings Mr Lings and Mr Willerton responded to questions.

The Church Army guests were entertained to lunch at Church of Ireland House between the two meetings. 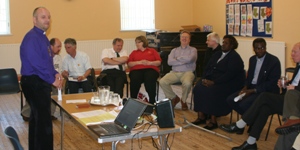 The Bishop of Connor, the Rt Rev Alan Abernethy, said the initiative with the Church Army followed talks and meetings with different group and agencies as part of his thinking for the future of parish life in Belfast.

“It is clear to me that many people want to find constructive and new ways of planning for the church in the next few decades,” he said.

ministry and the isolation people experience. “I don’t want this to become an extra burden. Ministry is difficult. Church life if difficult, but it is also exciting, especially when you look outside the box.

“The old life of parish ministry is struggling, we have to look towards new ways of moving and thinking.”

Further information on Mission Shaped Church and Fresh Expressions is available on the Church Army website. 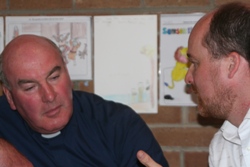 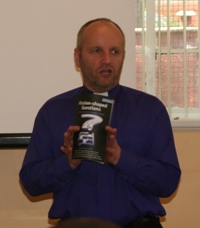