Menu
Home > News > A taste of Korea in Derryvolgie!

A taste of Korea in Derryvolgie!

Members of the Korean Christian Church who live in Lisburn took part in a service in Derryvolgie Parish Church during the recent Week of Prayer for Christian Unity.

Derryvolgie was among many of Connor’s churches which participated in special services to mark the 101st Week of Prayer for Christian Unity, which traditionally takes place from January 18-25.

As the theme for the 2009 Week of Prayer was selected by a local ecumenical group from South Korea -“That they may become one in your hand” – the visit to Derryvolgie by the Korean Christians was particularly pertinent.

The Korean guests participated in the childrens' talk, semon and prayers.

Following the special service on Sunday January 25 parishioners joined their Korean guests in enjoying a Korean snack of bulgogi and chapchay. 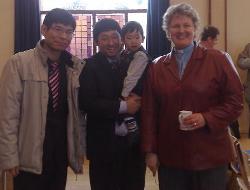 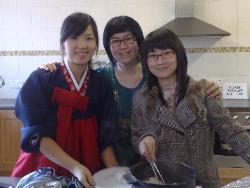