New round of applications opens for organ scholarships 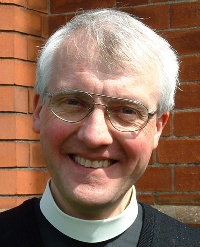 The Down & Dromore and Connor Organ Scholarship Management Board is inviting applications for scholarships in 2009.

Details and application forms will be circulated from the Diocesan Office to all incumbents in mid-February.

Since the last round of applications in 2008, the Board has appointed Mr Reggie Patterson of Coleraine to its panel of tutors.  This means the Board now has tutors strategically placed to cover both dioceses from north Antrim through Belfast to south Down.  As far as possible, scholars are placed with a tutor near them.

Because of a reduced uptake of scholarships in 2008, the Board may be able to award more than its usual quota of six for this year, if suitable candidates are available.  Scholarships provide free organ tuition, and training in the leadership of a choir, for three years.  The basic entry requirement is keyboard skills of approximately Grade 5 Piano or equivalent.

The Organ Scholarship Scheme is devoted to resourcing parishes for worship in the Anglican tradition, in which music plays a vital role.  Incumbents who have potential candidates for the scheme are encouraged to commend it to them.  Applications must be received by the Diocesan Office by Friday March 27.

At the completion of the course, scholars are presented with a certificate at a service of Evensong in St Anne’s Cathedral.  Welcoming the congregation on Sunday September 28 2008, the Dean of Belfast noted that this is the one occasion in the year in which the life of both dioceses is represented in the Cathedral.