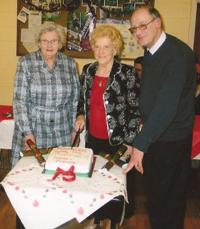 The club, which first met in January 1989, was the inspiration of the then new rector, the Rev Canon George Irwin, who remains rector at Ballymacash today.

Canon Irwin felt the club would serve as a focus of fellowship and friendship for senior citizens living within the parish boundary, and although run by the parish, Monday Club membership is not restricted to parishioners.

The club meets most Monday afternoons from September until June. It has an average membership of 25, mostly ladies. There is a lunch once a month and outings at Christmas and in springtime. Other activities include quiz sessions, beetle drives, videos and speakers who attend once a month. Recent guests have included Citizens’ Advice and Restoration Ministries.

Among those joining the 20th birthday celebrations were founder members and joint chairpersons of the Monday Club, Mrs Maud Fair and Mrs Lily Armstrong. 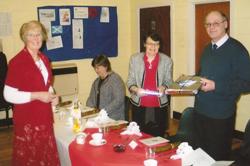 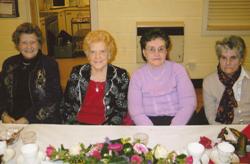 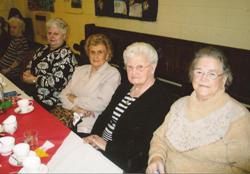