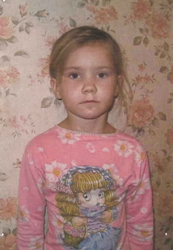 The future is looking brighter for six-year-old Russian girl Liza thanks to staff in the Accounts Department at Church of Ireland House in Belfast.

Six members of staff pay a small sum each month to sponsor little Liza because they felt that as a church organisation they should do something for charity. This helps pay for her food, clothes, and will also support her schooling.

Liza, the third of four children, lives in Chita, where her father is a builder. Their house is in a poor condition with no running water. The only heating is a stove which also serves as the cooker.

In Russia, children don’t start school until the age of seven, and Liza, who loves hide and seek, dancing, jigsaw puzzles and playing with her dolls, needs the support of a speech therapist to help her speak properly. Her siblings have the same speech problems.

Nicola Carson, who works in the Accounts Department, said they made initial contact through the Child Aid website, and applied to sponsor a child. They specified the child’s age as they wanted someone who could answer their letters with pictures and perhaps a note.

“They sent us Liza’s photograph and information about her and her family,” said Nicola. “We started sponsoring her in January and sent her out a parcel with some colouring books, stickers, a doll, and a card with Hello written on it in Russian.” Staff also enclosed their photograph, and the parcel was sent to Chita via Child Aid. 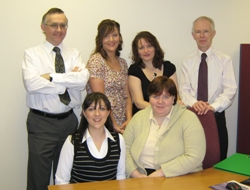 “We are looking forward to hearing back from her. We hope she will draw a picture and let us know what she calls her new doll,” said Nicola. “The money we send monthly will pay for Liza to go to school when she gets to that age, but at the moment it pays for clothes and food and things that her parents cannot afford like toiletries.”

The sponsorship of the accounts staff is particularly needed at the moment, as a recent update from Chita revealed Liza’s father was not able to get full-time work and had started drinking. Her mother has taken a job which means she has to leave home early in the morning, leaving her two youngest children home alone. Liza’s older brother was bitten by a fighting dog several months ago, and had to have a number of operations which left him in hospital for a long time.