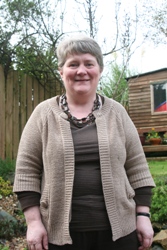 Children across Connor are currently being asked what THEY think of children’s ministry in the diocese.

As part of Connor’s programme to create a new Children’s Strategy for supporting work with children in the diocese a research project is being conducted by Mrs Margaret Fullerton.

Mrs Fullerton visited all clergy during February and March distributing a survey for children aged 7 to11 to complete.

A copy of the pilot survey can be downloaded here for parents interested in seeing the content of the survey. All surveys are being distributed and completed in each child’s church group. This is an anonymous survey and both parent and child will be given the opportunity for the child to opt out if they wish to do so.

Speaking in the diocesan magazine, Connor Connections, Mrs Fullerton said: “The aim is to give children’s ministry an identity of its own, allowing children to play a stronger part in the diocese.”

Closing date for return of the completed questionnaires is April 24. Further information can be obtained from Peter Hamill, Diocesan Training Co-ordinator on 028 9185 7827 or email peter.traincoord@connor.anglican.org.