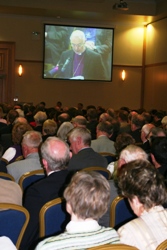 The 2009 General Synod of the Church of Ireland took place in the City Hotel, Armagh, from Friday May 8 until Sunday May 10.

This is the first time the Synod has taken place over a weekend, and the Synod hall was full to capacity as the Archbishop of Armagh and Primate of All Ireland, the Most Revd Alan Harper, OBE, delivered his presidential address on the Friday morning.

In this, the Archbishop expressed his hopes for an outward-looking, inclusive church and society.

In his wide-ranging speech, Archbishop Harper stressed that ‘prejudice and intolerance poison both the person and society as a whole.’ He went on to say it is ‘essential for a community to embrace a policy and ethos of inclusivity because this is the most effective antidote to division and conflict.’

The Archbishop discussed inclusivity in education in Northern Ireland, suggesting that there should be ‘a policy imperative for all schools to create purposeful partnerships across the perceived divides.’ 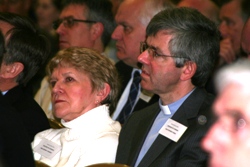 Recognising the exceptional economic situation currently affecting countries across the world, Archbishop Harper said ‘there is an urgent need for a completely new ethic to replace the flawed economic ethics of the past.’ He added that ‘inclusivity will have to put particular emphasis on raising the levels of prosperity for the poor by redressing structural injustice’.

The Archbishop also drew attention to the Church of Ireland’s own engagement with the matter of responding pastorally to the financial crisis, and looked at how the Church’s General Synod could be more inclusive, particularly in relation to women and young people.

Later in the day, the Archbishop seconded the Board of Education Reports , saying that it was the Church’s aim ‘to develop, along with other churches, a clear and shared vision of education shaped by the core values of the Christian faith’.

He stated: "Current government policy will diminish to the point of extinction our role in education. We appeal to legislators to amend proposals which, as they stand, are unjust and inequitable."

The Archbishop concluded: "These are matters fundamental to the Churches’ role in public life. In seeking our rights we are, as I said at the outset, pursuing a vision of education. For us, the core of that vision must always be holistic and shaped by the values of the Christian faith." 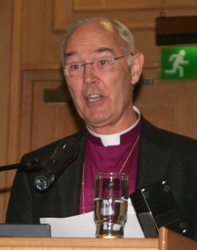 Prior to the commencement of Synod business there were readings, prayers and singing. The address was given by the Rev Dr Donald Patton, Presbyterian Church in Ireland, who received a warm welcome.

Other guests attending the three day Synod included representatives of the Roman Catholic, Scottish Episcopal, Methodist and Presbyterian and Moravian Churches, as well as the Irish Council of Churches.

The General Synod Eucharist took place in St Patrick’s Cathedral in the City on Sunday May 10. The address was by the Rt Rev Trevor Williams, Bishop of Limerick, with a response by Cardinal Seán Brady, Catholic Archbishop of Armagh and Primate of All Ireland .

Full details of the General Synod are available on the Church of Ireland website. 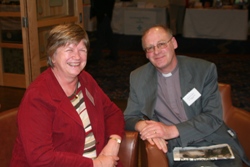 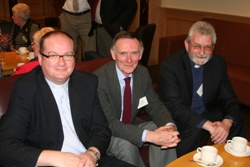 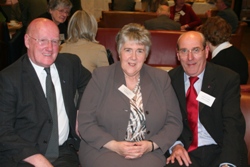 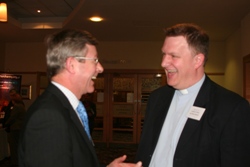 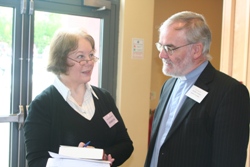 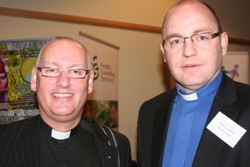