Summer Madness to kick off Irish Festival season in style 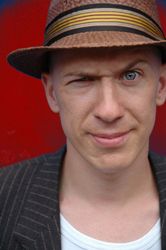 Now in its 22nd year, Summer Madness has gone from strength to strength and is widely regarded as one of Europe’s key Christian youth festivals. This year’s festival looks set to enhance that reputation with one of its best ever line-ups of speakers and artists, including Foy Vance, Rachael Gardner, Brian Mclaren, Paul Baloche, 6 Star Hotel, 4 Kornerz, Andy Hickford and 29th Chapter.

Festival Director John Kee said: “After so many years you might expect us to start running out of ideas but this year looks bigger and better than ever.  Summer Madness has become one of the stand-out events for Christian artists and speakers throughout the world and we are delighted to be able to announce such a fantastic line-up for 2009.”

He continued: “We are excited to announce the launch of our new over 18s mini-festival ‘Rehab’ which will run alongside the main Summer Madness event but is exclusively designed for the style, comfort requirements and musical tastes of the more discerning festival-goer. It will also feature a number of exclusive speakers and performances from some amazing guests.” 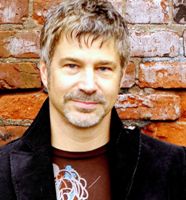 John Kee concluded: “The programme is just one of the reasons 5,000 people take over the King’s Hall complex each July – the Summer Madness atmosphere and environment is truly unique. Whether it’s Zorbing, Acoustic Afternoons, Arts, Workshops, Climbing Walls, on-site Lazerquest, Late Night Worship, or simply chilling out by one of the themed cafes there really is something for everyone.”

Summer Madness & Rehab festivals take place at the King’s Hall Complex, Belfast from 3 to 7 July 2009.  Camping and non-camping tickets are available directly from the Summer Madness website www.summermadness.co.uk with prices from £35.  Day and evening passes are also available, for further information contact the Summer Madness office +44 (0) 2890 67 3379.