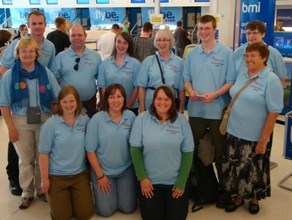 A group of four parishioners from the Church of the Epiphany, Upper Malone parish, recently returned from a CMSI Mission Experience Team Abroad trip to Burundi.

Victor Stephens, Emma Borthwick, Sylvia Kennedy and Ann Stockman spent more than two weeks in the republic which lies in central Africa. They left home on July 15 and returned on August 2, and were part of a team of 12 from Northern Ireland, with one member from Co Cavan.

Their team leader was the Rev Bobbie Moore, and this is believed to be the first META from Ireland to visit Burundi which is just emerging from a civil war.

Victor Stephens from Upper Malone has compiled a comprehensive report of the trip, which can be read in full here.

In it he writes: “We expected to do quite a lot of work while out there, but the attitude that we found was one of ‘you have sacrificed quite enough to come here, you have left your homes and families and raised money and travelled all this way to share your Love of the Lord.  And your presence here means so much to us’. 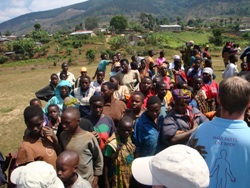 “To be honest we were treated fantastically by everyone and were quite humbled by the whole experience.”

Victor said the country is very beautiful, a beauty only surpassed by the people themselves.  “The Burundian Christians do not have very much, sometimes not even enough food to eat, yet they love God and Jesus so very much with all their hearts,” he said.

During the trip the group met various diocesan councils and staff members.  They visited many sites of Church plantings, and shared their testimonies with the people there, and heard some of theirs.  At one Church plant they helped to make bricks from clay to build a new house for the archdeacon there. 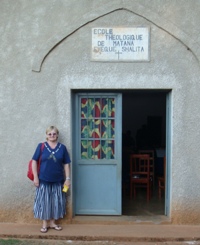 The group started off in the capital Bujumbura before travelling up to Matana diocese, via the Great Lake Tanganyika. At Matana Cathedral they were privileged to witness 20 people being made into canons in a four and a half hour service, followed by a feast for all of the 2000+ people attending.

They later moved to the other partnership diocese of Gitega. Victor writes: “The difference between the two dioceses was a bit of a shock, in terms of poverty.  It seemed to us that Gitega was much poorer, though it was pointed out to us that there were still a number of ‘displaced’ people still living there from the war.  Again their love of the Lord was overwhelming.”

Victor’s report concludes: “The whole mission, from taking 12 relative strangers ages ranging from 17-70, putting them together and sending them off 4,000 miles to work together in a strange country, out of their comfort zone, I felt was an excellent success, and could only have been orchestrated by the ‘Head’ of our ‘body’, the Lord Jesus.” 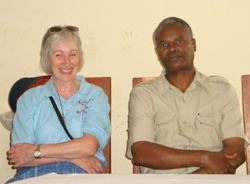