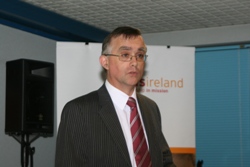 A number of clergy and lay people interested in joining the Connor Mission Experience Team Abroad (META) to Yei Diocese in July attended a META launch meeting on Monday February 8.

The meeting was hosted by David Gough, regional mission partner, CMS Ireland, and took place at CMSI headquarters, Dargan Road, Belfast. CMSI, with its expertise in this field of work, will facilitate the trip which is scheduled to take place from July 6-15 this year.

The META will be led by the Bishop of Connor, the Rt Rev Alan Abernethy, and former CMSI Director of Mission, Canon Cecil Wilson. 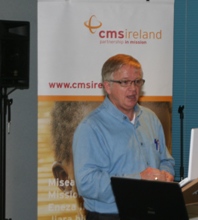 The meeting was addressed by Archdeacon Stephen Forde, chair of Connor Council for Mission, who led a team to Yei during January. The Archdeacon gave a powerpoint presentation of photographs of the trip, giving those present a taste of the conditions in this part of Southern Sudan which still faces an uncertain future as it emerges from a very brutal 22-year civil war.

Diocesan Accountant David Cromie, and Communications Officer Karen Bushby, who were part of the January team, also spoke about their impressions of life in Yei and of the value of the partnership between the two dioceses to people both in Connor and in Southern Sudan.

On the previous Saturday,  February 6, the Connor team had also addressed a CMSI Conference entitled ‘Sudan, a new dawning,’ when they related their experiences and findings to a capacity audience. 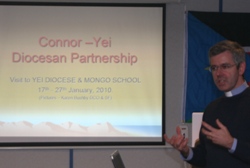 The team has identified areas where support is needed both socially and in the church in Yei, and it is hoped that clergy members of the July META will lead a three day conference for pastors and youth leaders on preaching, evangelism and discipleship. Other team members may have skills in nursing, teaching, Sunday School or children’s work, or practical skills such as building, plumbing or vehicle mechanics or financial experience or experience in trauma or reconciliation. However, Archdeacon Forde stressed that anyone interested in joining the team should make an application, even if the skills they could offer are not listed.

An important part of the trip will be the official opening by Bishop Alan on Friday July 9 of the school in Mongo built with donations of more than £110,000 from the people of Connor Diocese.  Reflecting on the wonderful celebrations they had enjoyed when they visited Mongo on their trip, the January team said Bishop Hilary had promised the opening day would be an even more fabulous event! 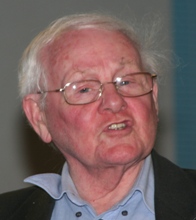 The team will also lead and take part in worship in a number of Yei’s churches on Sunday July 11. Those who attended the META launch had the opportunity to see photographs and video footage of the January trip, and to ask questions of the three team members.

Anyone interested in getting more information on the Yei META should contact Archdeacon Forde, email:  stephenforde@btinternet.com. Download an application form. Please note – completed applications must be forwarded to CMSI before February 25 2010. 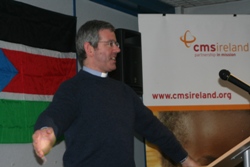