Age-Ability Committee seminar on ‘Being with the Dying’ well attended 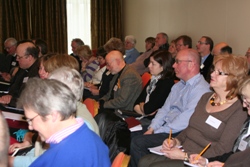 Almost 50 clergy and lay people attended a seminar organised by Connor Age-Ability Committee on the pastoral care of the terminally ill.

The half day seminar took place at the Hilton Hotel, Templepatrick on Thursday March 11, and the guest  speaker was Dr Max Watson.

Archdeacon Stephen McBride, chair of the Age-Ability Committee, told the packed function room that Dr Watson was uniquely qualified to address both pastoral and medical issues, having trained for the Presbyterian ministry and subsequently as a medical practitioner. 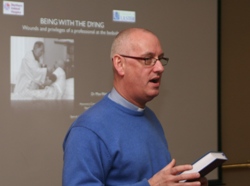 The seminar was entitled ‘Being with the dying. The wounds and privileges of being a professional at the bedside.’ Over two sessions Dr Watson examined, in a most engaging manner, some of the professional, ethical, personal, religious and spiritual issues encountered in ministering to the dying and their families from his perspective as palliative care doctor and cleric.

He told his audience: “Doctors have a difficult task managing illness, but we have a much more difficult task managing spiritual issues surrounding illness.” Dr Watson spoke of the importance of being with the dying person in the last few days and hours and referred to poet Seamus Heaney’s likening of witnessing the death of a loved one to observing a tree falling and leaving new space. 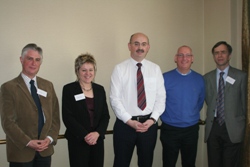 “Spiritual care requires an understanding of the patient’s unique philosophical and religious beliefs and practices,” Dr Watson said. “In other words it begins with listening.”

Using very demonstrative graphics, the speakers showed how you can be with someone without ‘being’ with them. He also addressed the subject of liminal space – that period when a threshold is about to be crossed, when the person is no longer preparing to live, but to die, or when a doctor or cleric is no longer there to help healing, but to ease dying.

Dr Watson trained in theology, medicine, and general practice. He worked in Nepal for eight years setting up a General Practice training programme as an ordained missionary with the Presbyterian Church in Ireland.  He returned to the UK to complete training in Palliative Care in London and Belfast. 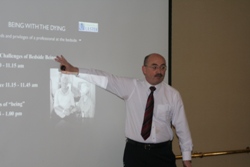 Dr Watson is the originator of the Princess Alice Certificate in Essential Palliative Care which has trained over 5,000 doctors and nurses since it began in 2001 and is now running in Nepal, India, Kyrgystan, as well as three centres across the UK every six months. He has also been involved in men’s work in Ireland and the Men’s Rites of Passage movement begun by Franciscan priest Father Richard Rohr. 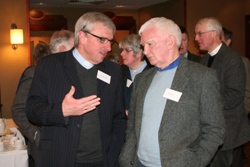 The conference attracted a large number of clergy from Connor Diocese, along with others involved in pastoral care to the terminally ill in parishes in the diocese. Members of the Hospital Chaplains Association also attended.

The Age-Ability Committee is one of the strands of the Diocese of Connor’s Building for Generations Strategy. 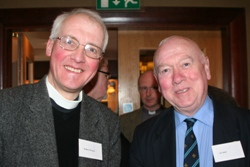 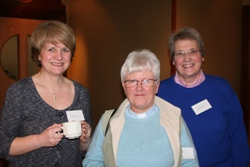