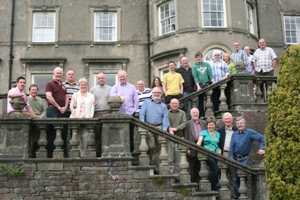 Rydal Hall in the English Lake District was the stunning location for Connor Diocese’s 2010 Continuing Education in Ministry (CEM) retreat. The hall is the conference and Retreat Centre of the Diocese of Carlisle.

Twelve curates attended the retreat along with members of Connor’s CEM team, the Bishop of Connor, the Rt Rev Alan Abernethy and archdeacons Barry Dodds, Stephen Forde and Stephen McBride.

The retreat was organised by the Rev Canon John Mann, Diocesan Director of Continuing Education, and the special guest was the Rt Rev Richard Clarke, Bishop of Meath and Kildare. Bishop Richard led seven wonderful sessions which provided much to contemplate and inspire. 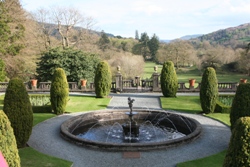 Retreat participants travelled to Cumbria from Larne via Cairnryan on the P&O vessel European Causeway and enjoyed the comforts of the superferry in fine sailing weather.  The return trip across the Irish Sea was on P&O’s fast ferry, taking just an hour from Cairnryan to Larne. Thanks to those drivers who took their cars and ensured everyone arrived in the right place at the right time.

The group left Larne on Monday April 26, and after a lunch stop in Castle Douglas, arrived at Rydal Hall just a mile from the quaint village of Ambleside at 4.30pm. After an introduction to the retreat and evening prayer, the 24-strong group enjoyed the first of many excellent meals, before Bishop Richard led his first session. 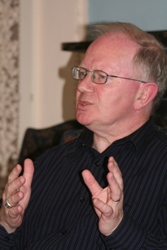 The Bishop based his talks on the Kriophoros, Christ shouldering the lamb. Clergy are not called to minister to the many, but to the individual, he said, just as Christ had carried one sheep and not the others. Bishop Richard carried the theme of Kriophoros through his talks. Each began and ended with a period of mutual silence.  He stressed that clergy were neither indispensible nor invulnerable. “We have to allow ourselves to be carried by Christ and to be carried lovingly by the body of Christ,” he said.

As well as silence, Bishop Richard used poetry and music to bring additional dimensions to his talks.  He made reference to what he called a modern day parable in his final session on the Wednesday evening, telling the story of an experiment in which acclaimed young violinist Joshua Bell played in a Washington subway for 45 minutes and just six people stopped and listened.  The only people group which showed a real interest in stopping was children, but they were soon harried along by parents! 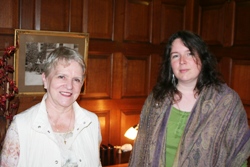 Bishop Richard finished his retreat sessions with silence and a beautiful piece of music by Bach. 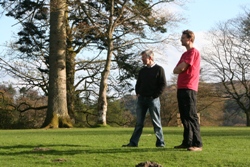 On arrival at Rydal Hall, Bishop Alan had stressed that one of the most important things about the few days was that clergy had a chance to rest and relax and take time for reflection. He expressed thanks to Canon Mann for organising the liturgy and prayer.

There was ample opportunity for rest and exploration, with some people walking or driving into Ambleside for coffee and shopping, others jogging or walking round Lake Rydal or into the hills behind Rydal Hall, and others simply enjoying the beautiful grounds around Rydal Hall.  Some even felt moved to create poetry themselves, and on the last evening the Rev Denise Acheson, the Rev Helen McArthur and CEM team member Lawrie Randall entertained everyone with a rap rendition of a poem they had written about the retreat! 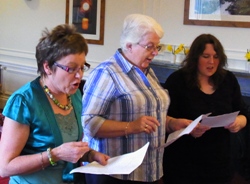 Holy Communion was celebrated on the Tuesday morning by Canon Mann and on the Wednesday  by Bishop Alan. Both services took place in the lovely ‘old kitchen’ at Rydal Hall, and the Connor visitors also joined the local community for morning prayers in the Hall chapel, which was open for private prayer throughout the day.

As the group prepared to leave Rydal Hall, Bishop Alan made particular mention of Mrs Desney Cromey of the CEM team who has joined the CEM retreat for the past 12 years, and was part of the team for many years before that, and for whom this was a last retreat.

The Rev Simon Genoe, in his first year of ordination, said he had found the retreat very relaxing and a good opportunity to get to know other curates and people in the diocese. “There was great substance to it and the sessions with Bishop Richard gave me a lot to think about and a lot to take away with me,” he said. 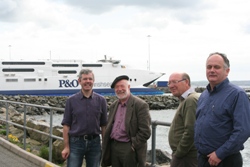 The Rev Tracey McRoberts,  also in her first year as a curate, said she found the retreat refreshing. “It was a good way of getting to know each other and gave us time to take stock of where we are and where we believe God is speaking to us for what lies ahead,” she said.

The Rev John McClure, on his third CEM retreat, said it had been an ‘excellent’ few days and a great opportunity for bonding, while the Rev Helen McArthur, a second year curate, said she had thoroughly enjoyed the time at Rydal, adding that Bishop Richard’s sessions had been very impressive. “I really appreciated the times of silence and prayer,” Helen said. 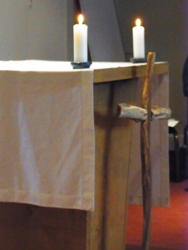 Continuing Education in Ministry is a programme to support recently ordained deacons and priests. It is run by a team headed by Canon Mann. There are regular meetings for those in their first three years of ministry looking at a variety of topics and providing an opportunity for support from experienced practitioners.

Visit our photo gallery for more pictures of the Rydal Hall retreat.