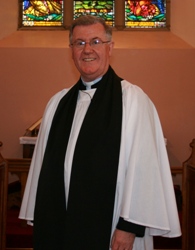 The Rev Ian Magowan has been appointed rector of Connor and St Patrick’s, Antrim.

The 58-year-old has been curate assistant in Killowen Parish Church, Coleraine, Diocese of Derry and Raphoe, since his ordination in June 2007.

A former teacher, Ian worked in Drumglass High School from 1973 to 2004, and was head of the school’s art and design department. He was leader in charge of the Scripture Union and also taught RE and technology. Ian is a past president of the Association for Art and Design (NI).

His institution as rector of Connor and St Patrick’s will take place on Monday, September 6.