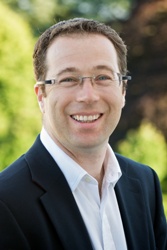 The Irish Council of Churches and the Irish Inter-Church Meeting has announced the appointment of Mervyn McCullagh to the position of Executive Officer to both Councils.

Mervyn recently returned home to Ireland after 11 years in Indonesia where he worked as Consultant for Church Management and Development for the local church from 2004 while serving as a Missionary for the Presbyterian Church in Ireland since 1998.  A graduate of Trinity College and brought up in Dublin, he brings extensive experience of developing inter-church relations internationally along with a wide range of cross-cultural communication skills and project management experience. He will take up his appointment on August 1.

Bishop Richard Clarke, President of the Irish Council of Churches, stated: “I believe Mervyn will provide us with new strategic direction as we seek to bring inter-church relations to the mainstream agenda of the major churches in Ireland. His expertise will assist us in realising our key priorities for the Council which are to provide the churches with a prominent and cohesive voice on issues of shared concern; to discover new ways to communicate Christianity in contemporary Ireland; and to extend the reach of the Council to incorporate the many new churches on this Island.”

The Irish Council of Churches comprises 14 member churches united in efforts to promote the spiritual, physical, moral and social welfare of the people and the extension of the rule of Christ among all nations and over every region of life. The Irish Inter-Church Meeting is a forum for ecumenical debate and action comprising the Roman Catholic Church and the member churches of the Irish Council of Churches.