Menu
Home > News > Archbishop speaks out for peace in Sudan

Archbishop speaks out for peace in Sudan 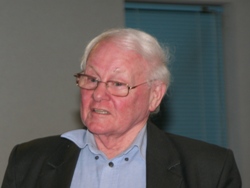 The Archbishop of Armagh, the Most Rev Alan Harper OBE, has appealed for prayers for the people of Sudan as the referendum which will determine their future approaches.

In a statement the Archbishop also urges international guarantor governments to oversee the full implementation of the 2005 Comprehensive Peace Agreement and ensure the country does not return to a state of civil war.

Connor Diocese has many friends in Southern Sudan thanks to a partnership with the Diocese of Yei. Two teams from Connor have visited Yei this year, most recently when a Mission Experience Team Abroad (META) travelled there in July.

Archbishop Harper states: “I was recently privileged to receive a message from the Primate of Sudan, the Most Revd Daniel Deng. The message was conveyed personally by Canon Cecil Wilson, formerly General Secretary of the Church Mission Society (Ireland) who knows Archbishop Deng and the Sudanese Church well and who recently returned from a visit to that country.”

The Archbishop goes on: “In 2005 a Comprehensive Peace Agreement was signed ending 23 years of warfare in Southern Sudan resulting in the death of 1.9 million people and the displacement of four million. One of the key provisions of that agreement was a commitment to hold a referendum in Southern Sudan to determine whether the south of the country should separate from the north and become a separate, independent state. That election is due to be held on January 9 2011. The vote is now less than 100 days away. 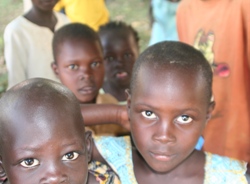 “The Sudanese peace process is therefore at a critical point. In April 2010 the first multi-party electoral process in 24 years was completed. The referendum in Southern Sudan together with associated consultations in the Nuba Mountains and Blue Nile border regions are at hand.

“Archbishop Deng informs me that ‘…there are aspects of the CPA that have not yet been fully implemented including the demarcation of the 1st January 1956 borders’ as required in the judgement of the International Court of Arbitration at the Hague. The Church of Sudan is fearful that the registration of voters will not be fairly carried out; that the rights of people in the Nuba Mountains and Blue Nile will not be respected; and that internally displaced southerners currently living the North will be denied citizenship.

“Therefore, having most particularly in mind the safety, livelihoods and rights of the poorest and most vulnerable people, I join Archbishop Deng in calling upon the international guarantor governments, signatory to the Comprehensive Peace Agreement of 2005, to ensure full implementation of the agreement including a free and fair referendum.”

The Archbishop’s statement concluded: “I also call upon people everywhere, and especially in the Church of Ireland, to pray for our brothers and sisters in Sudan. Pray especially that Sudan may not fall back into a war which will destroy more lives and communities bringing further misery to a land that has seen so much horror in the recent past.”