Call to Prayer for Sudan Referendum

CMS Ireland is calling the Church throughout Ireland to join them in prayer on Friday January 7 at their Belfast offices.

On January 9, Southern Sudan is being asked to vote on whether to remain part of Sudan, or to herald in the creation of a new country. This referendum is the concluding part of the 2005 Comprehensive Peace Agreement which brought an end to two decades of civil war in Sudan which has killed an estimated two million people, forced four million people to flee and de-stabilised much of east Africa.

There is still much to do before the Referendum takes place as Anglican Bishop Anthony Poggo, of Kajo-Keji Diocese – one of CMS Ireland seven Global Partner’s in Sudan, highlights.

“It is vitally important for the post referendum issues to be agreed upon before the 9th January, this will help reduce some of the tension,” he stated. “From the Church's perspective the main issues are around citizenship of Southerners in the North, the north-south boundary demarcation, evidence of a fair hare share of the vast oil revenues, the external national debt of South Sudan and of course Abyei which is on the fault line of the north and south…I call upon the guarantors of the Comprehensive Peace Agreement to ensure that the rights of the people for self determination is upheld.”

David Gough, CMS Ireland Partnership Coordinator, shares these concerns, in particular regarding the Abyei question, stating that this oil rich region could well be a catalyst for the return to war in Sudan.

David said: “The Referendum due to take place in Abyei which is on the fault line of the two states, is now unlikely to happen as planned as the North and South can’t seem to agree. The problem focuses around disputes between the Dinka Ngok and Arab Messeriya tribes with the distribution of oil, border demarcation, land issues, water and livestock grazing rights at the hub of the problem.” 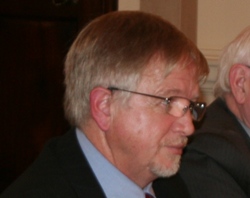 Since mid November over 3.2 million people have registered to take part in this decisive moment in Sudan’s history. This includes thousands of Southern Sudanese who reside in other countries around the world.

Church leaders in Sudan are actively encouraging and educating people in their diocese to ensure that they know how they can take participate in the process. They are also hosting pre-referendum conferences.  Indeed the Archbishop of the Episcopal Church of Sudan, the Rt Rev Daniel Deng Bul Yak, together with the Catholic Archbishop of Juba, stood in line together at the end of November at the Hai Jalaba Referendum Centre to leave their thumbprints on the table and obtain their own referendum voting cards. (Source the Press office of the Episcopal Church of the Sudan.)

However, although 96 per cent of those eligible to vote have registered, any voter who cannot travel to the South to cast their ballot, will be taken to vote “No” to independence for Southern Sudan.  This may have a significant impact as a 60 per cent threshold was agreed for Referendum voting.

CMS Ireland Mission Associates John and Poppy Spens, who have served in Yei Diocese for over four years, share their reflections on preparations in the local community for this crucial event.

"We carried out our work in Sudan these past few months increasingly aware of a growing excitement from our Sudanese friends about the forthcoming Referendum. We watched as public information was prepared, a referendum office for Yei was established and sensed a growing excitement,” Poppy said.

"We encountered no-one who either publicly or privately supported the concept of unity with the North of the country. Everyone in Yei seemingly confident of an overwhelming vote for separation.  We saw no evidence of conflict and the town remained peaceful at all times.  Everyone was urged to pray for the Nation and its leaders that, whatever the provocation, the referendum will be conducted peacefully, transparently and on schedule and that the period before, during and after the referendum will be peaceful, orderly and democratic."

Connor Diocese has had a link with Yei Diocese since 2007. It funded the building of a school in Mongo village within the diocese, and two Connor teams travelled to Yei with CMS Ireland during 2010.

David Gough concluded: “In small and simple ways, the Church can help ensure that our partners in Sudan have a voice and that the international spotlight is turned on Sudan at this crucial time in their history. “

CMS Ireland will be hosting a special prayer event at its Belfast Office on Friday 7th January 2011 from 11.30am to focus on this crucial moment in Sudan’s history. You are invited to join with the organisation’s seven  partner dioceses in Sudan to pray for a peaceful and fair Referendum in Southern Sudan on January 9.