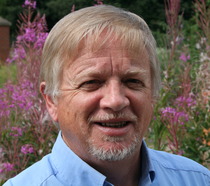 David, CMSI’s Regional Mission Partner for Sudan, has visited Southern Sudan on many occasions. He said: “It was a very constructive meeting and a follow-up to the Partners Round Table meeting I attended in Juba during November.

David said that despite some conflict around Abyei, the Sudan Referendum  on January 9 had passed off peacefully and credibly in Southern Sudan.

Although the official results of the Sudan Referendum will not be published until February 14, the percentages and figures as of Monday January 24 were:

David said the February date allows time for any objections and challenges of the voting to be addressed.

Connor Diocese has been in partnership with Yei Diocese in Southern Sudan since 2007. Two teams travelled to Yei during 2010, and Bishop Hilary has been to visit parishes in Connor during two trips to Northern Ireland.