Countdown to Connor Diocesan Pilgrimage to the Holy Land 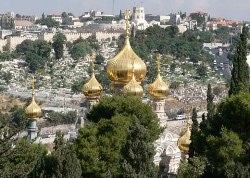 The countdown to the Connor Diocesan Pilgrimage to the Holy Land is well underway.

On Tuesday March 22 an 85 strong group will depart Belfast for Jerusalem in a pilgrimage led by Canon John Mann and the Rev David Humphries.

The group is made up of parishioners and some clergy from across the diocese, and they will be joined by the Bishop of Connor, the Rt Rev Alan Abernethy, and the Archdeacon of Connor, the Ven Dr Stephen McBride, who has been Bishop’s Commissary for the past few months.

The group, which travels with McCabe Pilgrimages, will fly to Heathrow and then on to Tel Aviv with El Al, arriving late on the Tuesday evening.  The following morning they will begin a packed itinerary. In a day long introduction to Jerusalem they drive to the Mount of Olives for views of the walled city and visit the Pater Noster Church, Dominus Flevit Chapel and the Church of All Nations in the Garden of Gethsemane. Here they will celebrate Holy Communion in the gardens before travelling to West Jerusalem for lunch and a visit to the Church of John the Baptist, and on to the Israel Museum where they can view the Dead Sea Scrolls. 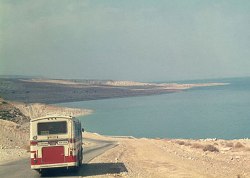 On Thursday the pilgrims will visit the Jewish Quarter and climb the Temple Mount, visit the Pool of Bethsheda and the Church of St Anne. After lunch they follow the Via Dolorosa through the lanes of the Old City to the Church of the Holy Sepulchre, ending the afternoon at the Garden Tomb.

Some will chose to enjoy a free day in Jerusalem on the Friday, while others will go on a full day excursion to Herod’s desert fortress of Masada, reached by cable car, and on to the Dead Sea where they will have a chance to float in its therapeutic waters. Non-swimmers needn’t panic – the salt concentration of more than 20 per cent actually prevents swimming but ensures floating! The Dead Sea region is actually the lowest point on the earth’s surface. The return journey will take the pilgrims to Qumran where the Dead Sea Scrolls were discovered, Jericho and Wadi Qelt from where they get a spectacular view of St George’s desert monastery.

The following day the entire group drives to Mount Zion before crossing into Palestinian territory to Bethlehem where they will view a number of sites before entering Manger Square and visiting the Basilica and Grotto of the Nativity and St Jerome’s Caves. 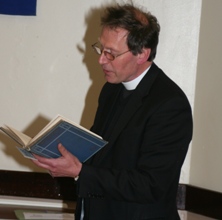 Sunday is a meet the people day with worship in local churches, and a choice of a trip to Bethany to see the Lazarus Church and Tomb and a boys’ home supported by the McCabe Education Trust; a visit to the Yad Vashem Memorial to the Holocaust, or free time in the Old City.

The group leaves Jerusalem on the Monday, travelling via a number of sites including the ruined Roman capital of Caesarea and the Pasha al-Jezzar mosque in the port of Acre before arriving in Tiberias.

Next day the pilgrims travel to Nazareth via the Basilica of the Transfiguration on Mount Tabor, and stop at Cana on the way home. They will visit the sites associated with Jesus’ life around the Sea of Galilee on the Wednesday, visiting the ruins of Capernaum and celebrating Holy Communion on the lake shore at Tabgha beside the Church of the Loaves and Fishes. Later they will sail back across the Sea of Galilee to Tiberias.

The final day of the pilgrimage will be spent in Northern Galilee, returning over the Golan Heights and ending the day at Mensa Christi, where Jesus appeared to his disciples after His resurrection. 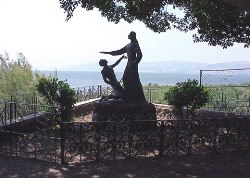 The pilgrims return home, again via London, on Friday April 1. In Jerusalem they will stay at the Golden Walls Hotel beside the Old City Walls, while the Ron Beach Hotel in Tiberias overlooks the Sea of Galilee.

The Diocesan Communications Officer will travel with the group, and if technology permits it is hoped that reports and photographs from the pilgrimage will be uploaded onto the Connor diocesan website on a daily basis. Please see link to photograph album on the home page. More photos will be added once the pilgrimage gets underway.