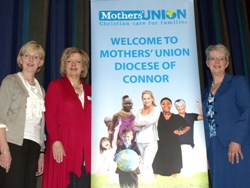 Mothers’ Union members from across the Diocese of Connor attended a half day conference  in Ballymena on the MU’s Bye Buy Childhood campaign.

This took place in St Patrick’s Church Hall on Saturday April 16. The Bye Buy Campaign is aimed at trying to cut the levels of marketing aimed at children.

MU say research shows that 80 per cent of UK parents believe media and marketing with sexualised content is too easily accessed by children, and makes them sexually aware too young. Mothers' Union believes children should be valued as children, not consumers. 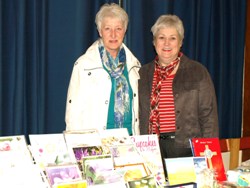 Connor MU Diocesan President, Moira Thom, said: “As Mothers’ Union members we want to challenge the negative side of commercialisation, particularly the commercialisation of childhood. We want to raise awareness – offering and modeling alternative Christ-exampled, Christ-led ways of living and responding.”

The conference attracted a good tumout of members from across the Diocese of Connor.