CMSI Mission Associates John and Poppy Spens, good friends to the individuals and teams from Connor who have visited Yei Diocese, have completed their time in Southern Sudan.

To acknowledge the work they have done, CMS Ireland is hosting two events at which John and Poppy will speak about their time in four dioceses in Sudan, including Connor’s partner Yei.

A Sudan Focus Event will take place in the Clayton Hall, Dromore, Co Down, on Tuesday May 10 at 7.30pm, and the following lunchtime, Wednesday May 11, John and Poppy will also attend an event in CMSI’s Belfast offices from 12.30pm.

David Gough of CMSI said: “We would encourage you to bring as many family and friends as possible to this event so that we can acknowledge the Spens tremendous contribution across four Dioceses throughout South Sudan.”

John and Poppy hail from Winchester, England, and worked in Yei for four years. Among other things, John ran Yei Vocational Training College before handing the reins there to Canon John Kanyikwa, and Poppy ran the Martha Clinic.

Reflecting on their decision to move to Yei, John said: “We worked in the UK where I was in management and Poppy was a health visitor. We did that for 30 years and when I was about 52 we began to do a little mission work.” They visited South Africa and Kenya on short term mission projects, and were active members of their own church.

“We were incredibly comfortably off. I was at the peak of my earning potential, but we asked ourselves if that was what we wanted to do for the rest of our lives. So we volunteered and CMSI took us on for a year. But we realised that there was not much we could do in a year, so we stayed a second and then a third year. God is leading us step by step.”

Speaking a year ago, John said: “Nothing is easy here. I used to run a housing association with 160 people and a budget of £20 million. Eighty per cent of what I did was predictable. In Sudan 80 per cent is unpredictable, everything is a challenge. You need tenacity and improvisation.” 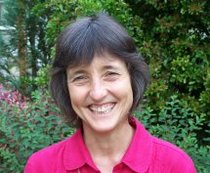 John and Poppy’s replacement in Yei is Dr Jenny Bell, a Canadian lady from England. Jenny is on a Short Term Mission Placement (STEP)  for one year and is primarily looking after Martha and Lainya Clinics, using her training and skills as a doctor. You can follow her blog from Yei at www.cmsireland.org.

Anyone interested in attending the events on May 11 and 12 should contact CMS Ireland in advance on belfastoffice@cmsireland.org.