Appointments within the diocese 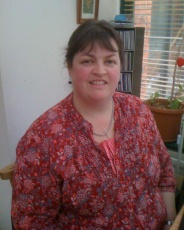 The Rev Louise Stewart has been appointed as Incumbent of the Grouped Parishes of Finaghy and Upper Malone.

Louise is currently curate-assistant of the parishes.  The 39-year-old is married to the Rev Brian Stewart, rector of St George’s, Belfast, and is mother to Catherine, 14; John, 12; Emma, 11; Thomas, 9 and Peter, 7.

A native of Coleraine, Louise was formerly an Education Welfare Officer for the Belfast Education and Library Board. She was ordained as a deacon in 2000 and as a priest in 2001. From 2000 until 2009 she was a Non-Stipendiary curate in St John’s Parish, Malone, and in October 2009 moved to the grouped parishes of St Polycarp and Epiphany. With the departure of the rector the Rev Garth Bunting to Dublin in September 2010 Louise was curate in charge of the parishes.

She completed further training for the Stipendiary ministry in January this year.

Louise is enthusiastic about the challenges ahead. “I am looking forward to getting my teeth stuck in,” she said. “It is different thing being a curate to being a rector. We are going through a period of natural change, and I know people in both parishes are looking forward to the future.”

She admitted being half of one of Connor Diocese’s ‘clergy couples’ would mean plenty of diary planning, not to mention juggling the mum and dad taxi service, but said this would be achieved with ‘patience, negotiation and give and take!’

The institution will take place in St Polycarps on June 22.