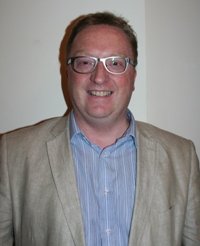 Mr Peter Hamill, Training Co–ordinator with Connor Diocese, has been appointed Director of Continuing Ministerial Education and Lay Training at the Church of Ireland Theological Institute.

The post will take effect from January 1 2012 and is initially for a period of four years. The provision of both the post and the various programmes which it will facilitate has been made possible through the generosity of a grant from the Church of Ireland Priorities Fund and this is gratefully acknowledged.

Commenting on the appointment, the Rev Dr Maurice Elliott, Director of the Theological College, said: “This new role will further facilitate CITI in fulfilling two critical aspects of the original vision of the bishops – the prioritising of a culture of life–long learning amongst the clergy and the development of an Institute which might begin to serve the needs of the whole church.

“On the basis of his own study and research, his previous breadth of experience and his current position in the Diocese of Connor, Peter Hamill is ideally suited to this role. We look forward very much to welcoming Peter, his wife and family as members of the CITI community. I am confident that under Peter’s skilful direction this exciting new departure within training will become a matter of lasting significance for the whole of the Church of Ireland.”

The Chair of the Governing Council, the Most Rev Dr Michael Jackson, said he was ‘delighted’ at the appointment. “Peter’s range of experience, depth of commitment and creativity in education equip him well for this position. It comes at a time when the Institute is seeking to expand and to integrate lay ministry, Continuing Ministerial Education for clergy and the new Reader Training programme,” Bishop Jackson said.

“We acknowledge with gratitude the generosity of the Church of Ireland Priorities Fund in making this appointment possible and wish Peter all that is best as he embarks on a new phase in his life and ours.”

Peter has been Training Co–ordinator with Connor Diocese for more than eight years. “Connor has been a wonderful experience. I have loved working with clergy and lay people in the diocese,” he said.

“What Connor has done is established training and support as the norm across the church, rather than an added extra.”

He said he was looking forward to his new role. “It is an exciting time to be joining the Theological Institute as it grows and develops and looks at new ways of delivering training.”