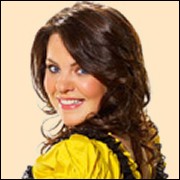 St Paul’s Parish, Lisburn, is staging an auction on Friday November 19 to raise funds to provide a water pump to give more than 200 Kenyan families a clean water supply.

A host of unique items including books, TV scripts, DVDs  and shirts signed by celebrities will be up for grabs, even Tom Daley’s swim shorts, as will tickets for the West End production of ‘Wicked’ along with the chance to meet its star Rachel Tucker!

The pump will be constructed next to the new Oloosuyian Maasai Girls School in Kajiado, a diocese with which St Paul’s enjoys a very vibrant partnership. Within Kajiado, the church operates a number of water projects which allow it to provide educational and health services as well as spiritual work.  The installation of a water pump will be an important community resource, providing clean water which would be used by more than 200 families – many of whom currently walk many miles to their nearest water hole. 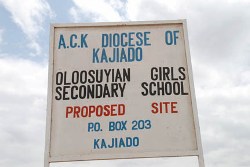 The overall cost of the pump is £10,000, almost £6,000 of which has already been raised by Church Mission Society Ireland (CMSI). This includes money from St Paul’s own Kenya Fund. The additional £4,000 required to complete this project will also enable a pump house to be built, using funds raised in memory of the late Mabel Jamison, whose son Mark, a parish lay reader, has done most of the planning for the auction.

More than 100 items (click here for full list) will go under the hammer on the evening, including two tickets for the West End show ‘Wicked’ donated by Rachel Tucker from BBC’s How do you Solve a Problem like Maria? who has also offered to meet the successful buyer. 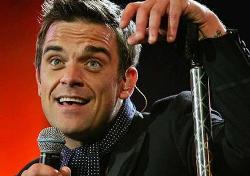 Other items include an Ulster Rugby shirt signed by the entire 2010 squad, books personally signed by musician Sting, Archbishop Desmond Tutu, Rachel Allen, Little Britain and Bill Oddie, DVDs signed by Jude Law, John Motson and comedian Rob Brydon, a video signed by Robbie Williams, signed BBC Scripts from Eastenders, Match of the Day and News at Ten, sporting Items including diver Tom Daley’s shorts, items from Manchester United, Chelsea and Rangers and many others from the world of golf, cycling, horse racing and athletics, as well as theatre, television and film.

Mark’s late mother is the inspiration behind the auction, and Mark gathered this fantastic list of items simply by asking.  “I subscribe to a website that lists the addresses of British celebrities or their agents, and over the past few months I have written numerous letters,” he said.

“I am very pleased with the response. It seems to have struck a chord with some of the celebrities. I find that if you get to the celebrity themselves, it is no problem for them to send something, it’s usually the people around them who get in the way.” He said he had been particularly overwhelmed by the support of ‘Wicked’ star Rachel Tucker.

Mark’s mother Mabel died in June 2009, just a few months before he travelled to Kenya with a team from St Paul’s. He felt the £1,500 donated in Mabel’s memory would make a vast difference to the people in Kajiado, and in consultation with CMSI Mark donated the money for the new pump house.

But he now wants to raise the outstanding money for the pump it will house. If the auction and other fundraising events raise more than the £4,000 target, this will be donated to other vital water projects in Kenya.

The auction will begin in St Paul’s Church Hall at 8pm on November 19, with viewing from 6.30pm.  It is one of a number of planned fundraising events, which include a sponsored ‘Well Push’ and a fundraising dinner.