Launch of book on Postcommunion Prayers 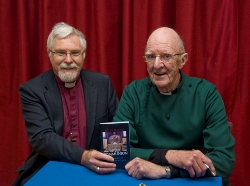 Members of the Church of Ireland Liturgical Advisory Committee and other friends joined Canon Brian Mayne in St John’s Malone for the launch of his book ‘After Communion’ on January 11.

The Rt Rev Harold Miller, Bishop of Down and Dromore, introduced the book to those present and The Good Bookshop was on hand to sell copies.

After the launch the LAC joined Canon Mayne for a celebration of Holy Communion to mark his retirement after serving for 32 years on the committee. 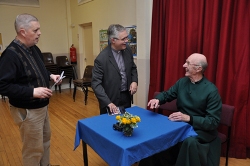 Canon Mayne stated: “After Communion tells the story of how the Postcommunion prayers – a new feature in the 2004 edition of the Book of Common Prayer came about. A short paragraph gives the source of each prayer and a sentence sums up the thrust of the prayer.”