Institution in Ballymoney, Finvoy and Rasharkin 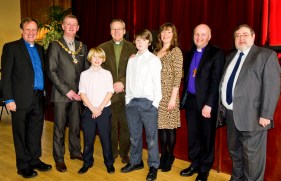 The Rev Andrew Sweeney was instituted as rector of the United Parish of Ballymoney, Finvoy and Rasharkin on Sunday February 19.

Andrew was formerly Vicar of Cogges, South Leigh and North Leigh in the Diocese of Oxford.

Andrew is married to Cathy and they have two sons, Ben and Joe.

The new rector said: “I am really looking forward to getting to know the people of the parish so they can trust me and know they are in safe hands and to hear from God and them what the plans are for the future development of the parish.”

He said the parish had come up with a purpose statement before he arrived – ‘A church in the heart of the community with the community at its heart.’

“It is my hope that we can really engage with the local community and make church known through our words and actions. There are so many people here serving God and making good things happen,” Andrew said. 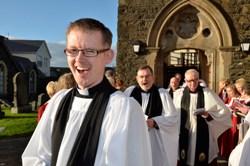 An application by Ballymoney Parish to the Heritage Lottery Fund for a grant to refurbish the old school that sits in its grounds recently passed its first round application. The parish is now hopeful that it will eventually receive funding to extend and restore the currently empty building for both church and community use.

Andrew said: “There is great potential to develop the old schoolhouse which sits at the front of the church as an interface with the community, giving us the opportunity to engage with people we might otherwise get the chance to talk to,” he said. 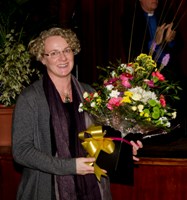 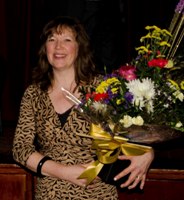