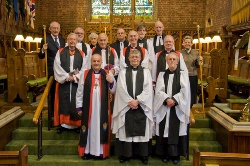 The Rev Robert Jones was instituted as rector of St John’s Parish, Malone on Sunday May 13.

Robert, who was previously Dean of Clonmanoise and Incumbent of Trim, in the Diocese of Meath, is a native of County Carlow.

In 2002 he was appointed Dean of Clonmanoise in the Diocese of Meath, and was Dean at St Patrick’s Cathedral, Trim, and rector of St James, Athboy. 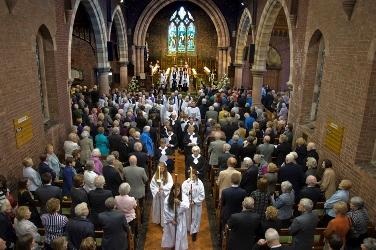 Robert is married to Alison who comes from Larne, County Antrim.

At St John’s he succeeds the Very Rev John Mann who is now Dean of Belfast.