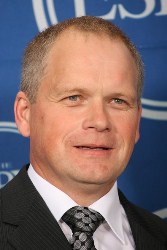 A special Olympic Torch event will take place in Ballygally on Saturday June 2 from 11am–5pm.

The event will unite the community in true Olympic spirit ahead of the Torch Relay which passes through the village the following afternoon].

Trevor represented Ireland 31 times winning the Triple Crown in 1982 and 1985. He is now a partner in a solicitors’ firm, but continues his interest in sport, particularly its role in bringing Protestant and Catholic young people together through the organisation Peace Players International.

The family fun day begins with a beach–clean at 11am, followed by a barbecue at 12.30pm. At 1.30pm Trevor, together with Ronan O’Donnell [GAA coach from Genravel] and David McClelland [Glentoran Goalkeeping coach] will be organising a “Game of 3 Halves” on Ballygally beach – enabling young people to play Football, Gaelic Football and Rugby in turn. 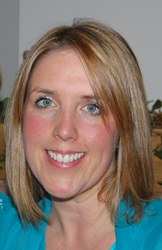 Trevor will then be sharing his faith story at a special Afternoon Tea Party in the new Ballygally Hall at 3.30pm, before returning on Sunday to carry the Olympic torch in Larne.

Ballygally resident Dianne – who will also be a torchbearer on Sunday in Carnlough – will be talking about her sporting achievements, as well as showing off her medals. A below–the–knee amputee, she became Northern Ireland’s first ever Paralympian medallist winning swimming gold in the 4×100 freestyle and 4×100 medley relays, plus silver and two bronze at the 1988 Seoul games. .

Organised jointly by the four Churches of Cairncastle/Ballygally (Church of Ireland, Presbyterian, Non–Subscribing Presbyterian & Roman Catholic) in partnership with the Ballygally & Cairncastle Community Associations, the family fun day is a unique opportunity for everyone to join together in celebrating this very special weekend. 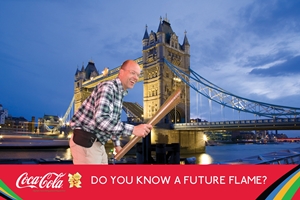 Co–organiser Roger Thompson, Rector of St Patrick’s, Cairncastle with All Saints’ Craigyhill, said: “The torch relay is a once–in–a–lifetime opportunity for the churches to work in partnership with each other and the local community, sharing in the celebrations and shining out the light of Jesus”.