‘Rather fabulous’ says curate who carried the Torch! 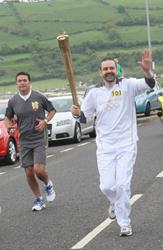 Andrew, 46, was one of 8,000 people in the UK selected to carry the Olympic flame, and his run took him along a section of the route of the 2010 Tour de Connor cycle.

Andrew organised the cycle marathon, which raised more than £40,000 for the Friends of the Cancer Centre, and it was fellow cyclist and his rector at St Brigid’s, the Rev Bill Boyce, who nominated him as a torchbearer.

Andrew said he was honoured and humbled to be nominated, and family and friends from Mallusk travelled to Carnlough to watch his run before he handed the flame on to Paralympic gold medalist Dianne McMillan. 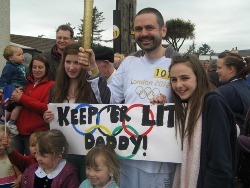 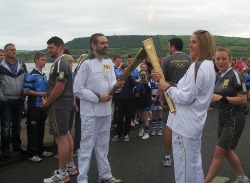