Menu
Home > News > Appointment to Parishes of Ahoghill and Portglenone

Appointment to Parishes of Ahoghill and Portglenone 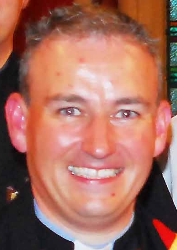 The Rev Gary Millar, rector of the Parish of St Paul and St Barnabas, Belfast, has been appointed as incumbent of the grouped Parishes of Ahoghill and Portglenone.

A native of Coleraine, Gary worked in computing before his ordination in Llandaff Cathedral, Wales in 1991. He was a curate in two parishes in the Diocese of Llandaff over a period of six years, before he was appointed Rector of Dromara and Garvaghy, Diocese of Down and Dromore, in 1997.

Gary moved to the incumbency of Kilkeel in 2001 and to St Paul and St Barnabas, Diocese of Connor, in 2008.

He is married to Gillian and the couple has four children.

The Institution has been arranged for Wednesday September 5.