Expert lectures on the challenges facing religion in the public square 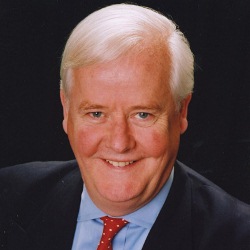 The Hub at Queen’s University, Belfast, is to host a public lecture by Dr Os Guinness on November 29.

In a lecture entitled A world safe for diversity –– living with our deepest differences in an age of tension and conflict, Dr Guinness reflects on the challenges facing religion in the public square.

The Rev Barry Forde, Church of Ireland Chaplain at Queen’s, said: “Os is an exceptional communicator and thinker, especially in the arena of the engagement of faith in the public square.”

An expert in faith, public policy, and international relations, Dr Guinness received an undergraduate degree from the University of London and a D Phil in social sciences from Oriel College at the University of Oxford.

Born in China, he lived through the Chinese Civil War and the Chinese famine, both of which were influential in his formative years.

Dr Guinness left China for England in 1951, and has worked as a freelance journalist for the BBC and as a scholar at the Brookings Institute and the Woodrow Wilson Centre for International Affairs.

He has written and edited more than 25 books, sand was a drafter of ‘The Williamsburg Charter,’ a bicentennial celebration of the First Amendment to the US Constitution.

Dr Guinness was also the primary drafter of ‘The Global Charter of Conscience,’ published at the European Union Parliament in Brussels in June 2012.

He founded the Trinity Forum in 1991, and served as Senior Fellow until 2004. Dr Guinness currently lives in McLean, Virginia with his wife Jenny.

On the night, Professor Stephen Williams from Union Theological College will be introducing Dr Guinness, and helping to facilitate the evening.