Menu
Home > News > Election of Bishop of Meath and Kildare

Election of Bishop of Meath and Kildare 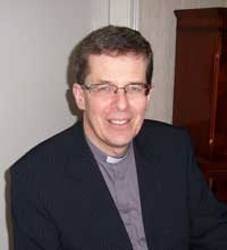 Archdeacon Stevenson succeeds the Most Rev Dr Richard Clarke, who was translated to Armagh as Archbishop of Armagh and Primate of All Ireland in December past.

The Venerable Leslie Stevenson, 53, is the Rector of Portarlington (Kildare) and has been Archdeacon of Meath and Kildare since 2009. He was educated at the University of Ulster, the Church of Ireland Theological College (now Institute) and at the Irish School of Ecumenics (MPhil., 1988), and was ordained deacon in 1983 and priest in 1984.

Archdeacon Stevenson served two curacies in the Diocese of Down before becoming Rector of Donaghadee (Down) in 1992, where he served until he moved to Portarlington in 1999. The Bishop–elect has served and continues to serve on a number of Diocesan and Church committees and bodies, including the Representative Church Body (since 2006) and the Commission on Ministry (from 2012). He married Ruth in 1998 and has one daughter. Among his wider interests is involvement with Rotary International.

The bishop–elect said: ‘I have served in Meath and Kildare for over 13 years and enjoyed a very happy working relationship with the now Primate of All Ireland, Archbishop Clarke. Now I am about to serve the diocese in a new way as bishop. I am looking forward to working in a rural diocese which I have come to know so well and to the challenges and opportunities which lie ahead as well as making a contribution to civic life. I also look forward to working with my fellow bishops in due course.’

Following approval by the House of Bishops, the bishop–elect will be consecrated as a bishop on a date to be determined.