Key role for Rowan in enthronement of Archbishop of Canterbury 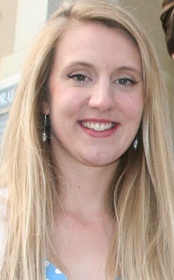 Rowan Mann, daughter of the Dean of Belfast the Very Rev John Mann and his wife Helen, will have a key role to play in the Enthronement of the Archbishop of Canterbury.

Primary School teacher Rowan, aged 31, has been selected to act as a Server during the service in Canterbury Cathedral on Thursday March 21.

Her role will be to carry the Book of the Gospels in front of Archbishop Justin Welby when he goes to read the Gospels during the enthronement service.

Rowan, who lives in Deal, Kent, has been a parishioner at Canterbury Cathedral, where she is a Server and a Steward, for the past five years.

The Service will inaugurate the Archbishop’s public ministry at Canterbury Cathedral, and will be attended by Bishops from the Church of England, Primates of the wider Anglican Communion and many ecumenical guests.

Archbishop Richard Clarke and Archbishop Michael Jackson will both be there from the Church of Ireland.

Dean Mann said his daughter was both excited and nervous about her role on this historic occasion.

The service will be broadcast live on BBC2 starting at 2.30pm on March 21.