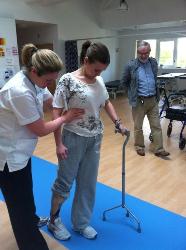 A story of a young woman’s determination to overcome a shattering illness, and how prayer helped her do this will be shown on BBC1 tonight (Wednesday March 13).

Watching ‘Story of a Lifetime,’ presented by Stephen Nolan, will be the Ven Barry Dodds, Archdeacon of Belfast and rector of St Michael’s, Belfast, who will also feature in the programme.

The inspirational young woman at the focal point of the story is Leah Batchelor, who turned 23 last month. Leah has been a lifelong member St Michael’s, as are her parents and grandparents. Leah took ill in a store in Bangor in September. It was thought she had had a massive stroke, but was later learned that Leah had suffered a burst aneurism. Barry was at the family’s side within an hour of her collapsing. He has remained there throughout Leah’s courageous fightback.

“Leah is one of the loveliest, most demure, quietly spoken, tastefully dressed young ladies I have ever known,” said Barry. “She helped her dad with the youth club and was an assistant Sunday School teacher. She was an officer in the Girls’ Brigade in St Mary’s, Ballybeen, She was in the gym four times a week. She was just a gorgeous young girl. 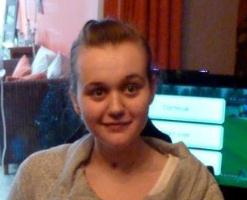 “She had battled in her life with severe dyslexia and attended a special school where they did amazing work and she ended up Head Girl at Knockbreda High School, getting As in her A Levels. She was studying visual communications at the University of Ulster, and her year out with a graphic design company had gone really well.

“The stroke hit her just before she was due back at University for her final year. I was with her an hour after she took ill. There was absolutely no hope for her that night. She was in the Ulster Hospital. It was so painful to see her body closing down in just a couple of hours. Then her condition became so serious she lost all consciousness and they had to put her on life support.

“Leah was taken to the Royal where they discovered it was a burst aneurism which had devastated all the cells around her brain stem. She could retain all her memory and intelligence functions but her brain no longer had a path to tell other parts of her body to move.” 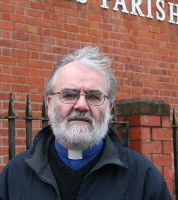 Barry said Leah was put in an induced coma. When she was brought out of the coma the only thing she could move was her eyes – a condition known as ‘Locked–in Syndrome.’

“Her family were told they would have to find ways of communicating with her. Special boards were designed to help them do this,” Barry said.

“We went on holiday at the end of October. Leah had still not moved anything, but while we were away, she moved her little finger. Her mum Allison caught this on her mobile phone. She sent it to us in Tenerife. It was incredible, one little finger had moved after six months.”

Leah was moved from the Intensive Care Unit to the Stroke Ward at the Royal and later to Musgrave Park Hospital for rehabilitation. From there her determination and courage has been astounding.

“It was never believed that Leah would walk again, but she is now walking with support. Her speech is difficult. You or I might understand 40 per cent of what she is saying, her mum will understand 90 per cent of it. Her palette is still paralysed, but they are looking a surgery there. Her swallow has been a major problem. Her story is so gruelling,” said Barry.

“Leah has been a wonderful inspiration to many people. She has a can–do spirit. She is hoping to get back to University next September.”

Speaking on the Nolan Show on BBC Radio Ulster before the airing of the television show, Leah’s mum attributed her daughter’s amazing recovery to the power of prayer and Leah’s own fight and determination.

“When she was there, she designed the artwork on a wall in a Bible School for children and had the kids up early every morning to help paint,” said Barry.

“I am truly overawed by this young lady. As Nolan says, she is an exceptional person.”

‘Story of a Lifetime,’ featuring Leah, will be on BBC 1 Northern Ireland at 10.35pm on Wednesday March 13.