Bishop of Connor to preach at Jeremy Taylor anniversary service 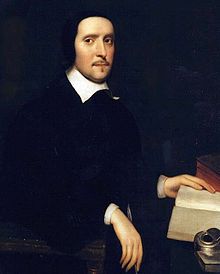 The Bishop of Connor, the Rt Rev Alan Abernethy, has been invited to preach in Cambridge at a Service of Choral Evensong marking the 400th anniversary of the birth of Jeremy Taylor.

Renowned for his prolific and poetic writings, Jeremy Taylor was a Church of England Cleric who became a chaplain to King Charles I and was imprisoned several times during the English Civil War.

At the Restoration, he was appointed Bishop of Down and Connor in 1661 and was soon also given the overview of the Diocese of Dromore. That year he commissioned the building of Dromore Cathedral. He was buried here following his death on August 13 1667.

At the service in Cambridge, Bishop Alan, who is listed as ‘The Bishop of Connor & successor to Taylor’ will preach on ‘the Irish Anglican.’