Youth parade in Lisburn to celebrate anniversary of coronation

A uniformed organisations’ parade and open air service was held in Lisburn City on Sunday June 2 to celebrate the 60th anniversary of the coronation of Her Majesty Queen Elizabeth.

The Mayor, Alderman William Leathem, took part in the parade and the Lord Lieutenant for County Antrim, Mrs Joan Christie OBE, was also in attendance. 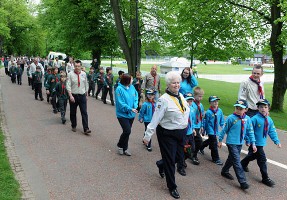 The parade left Wallace Park at 2.45pm and made its way via the Park’s Magheralave Road entrance and continued along Railway Street into Castle Street, where the Mayor and Lord Lieutenant took the salute.

The route continued along Seymour Street to Belfast Road and re–entered Wallace Park.

At the open air services the Rev Derek Kerr was the preacher at the Senior Service and the Junior Service was led by Colin Tinsley and a team of his volunteers (Hope For Youth Ministries). The music at the senior service was led by Kee Note, members of Kilmakee Presbyterian Church. 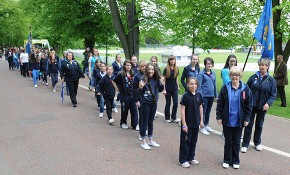 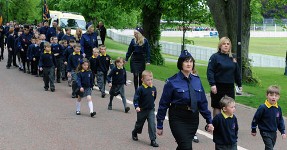