The Rev George Davison is new Archdeacon of Belfast 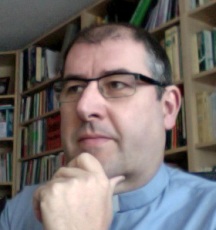 He succeeds the Ven Barry Dodds, who under the constitution had to retire as Archdeacon when he reached the age of 70, but will continue as rector of St Michael’s, Belfast.

Archdeacon Davison assumed his new role on Sunday June 16, and will be formally installed at a service to be held in St Anne’s Cathedral, Belfast, in September.

A native of south Belfast, Mr Davison, 48, has a BD from St Andrew’s University, Scotland. He also studied at Oakhill Church of England College, London and at the Church of Ireland Theological College, Dublin.

He was ordained a Deacon in June 1992 at a service in St Patrick’s Cathedral, Armagh, and served his curacy in St Mark’s Parish, Portadown.

In October 1995 Mr Davison was appointed rector of the Parish of Kinawley and Holy Trinity, Derrylin, Co Fermanagh, a small rural parish bordering Co Cavan in the Diocese of Kilmore.

He remained rector there until his institution as rector of Carrickfergus in June 2009. In Kilmore, Mr Davison was Diocesan Director of Ordinands, and Archdeacon of Kilmore.

In November 2011 Archdeacon Davision was elected Clerical Honorary Secretary of the General Synod of the Church of Ireland.

He is married to Nadine, and the couple have two teenage children.