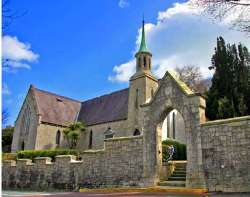 A parish in surburban south Dublin is seeking to establish a partnership with a parish in Connor Diocese.

The Rev Niall Sloane, rector of Killiney, is a former curate of Agherton Parish, Portstewart. He moved from Connor to Taney where he was rector for four years before taking up the incumbency of Killiney 18 months ago.

Killiney, he said, is perceived to be an affluent area and is home to some of Ireland’s best known celebrities including Bono and Eddie Jordan. The parish’s 220 households are from a more mixed background. “There are unemployed people living in council houses and people living in big houses although even some of them are struggling,” he said. “The Celtic Tiger pushed young families out of the area because prices got so high and there was a time when there were hardly any children in the parish at all, but with the drop in the market families are moving back in.” 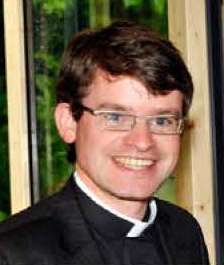 Glenageary–Killiney National School has 230 pupils and is run by Killiney and two neighbouring parishes. The parish church, Holy Trinity, was built in the 1850s, and the parish hall in the 1950s, though there are plans to refurbish this.

Killiney has a strong choir in keeping with a good musical tradition. Organist Frank Hughes is renowned and respected well beyond the parish boundaries. The parish also runs a variety of organisations for the community.

But Niall says Killiney is more a housing area than a village. It is also home to a large parkland and beach, which attract a large number of tourists, many of whom come from the north.

“I am trying to build up a sense of community here,” he said. “A lot of people live in big houses with closed gates. One of the problems the people face is money constraints and the pressure of trying to live up to expectations with the two cars and the villa in Spain. With the economic crash people are really struggling.

“We in the parish want to provide a space where people can feel a part of something, part of a wider family, without us demanding anything from them.”

Niall said part of the reason the parish was seeking a partner in Connor was because he had served in the diocese and he felt this was an opportunity for two parishes to learn from each other. “I would like to establish a link with a parish that is entirely different from Killiney, like an inner city working class parish,” he said.

“I would like to see how we can manage two alternative outlooks but still be the Church of Ireland and respond to our different needs and social issues. The partnership would also be about forming friendships and exchanging ideas.”

Any parish interested in discussing the possibility of establishing a link with Killiney is asked to contact Niall on + 353 (0) 1 285 2695 or email rector.htkilliney@dublin.anglican.org. You can also download a detailed parish profile here.