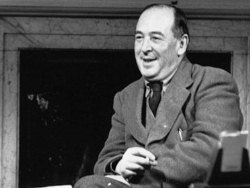 Leading theologian Professor Alister McGrath is to be the special guest at a number of events taking place in November to mark the 50th anniversary of the death of the famous Belfast–born writer CS Lewis.

Professor McGrath of King’s College, London says: “CS Lewis has become established as one of the finest Christian apologists and writers of the twentieth century. Few writers are as accessible and engaging. He has an enormous amount to teach us about how best to communicate, commend and defend the Christian faith against cultural indifference or hostility.”

On Sunday November 10 at 7.30pm he will be the guest speaker at ‘The Lion on the Hill: A Celebration’ to be held in the Parish of St Mark’s, Dundela. St Mark’s is the place of CS Lewis’s baptism and, as rector the Rev Adrian Dorian highlights, is ‘the church where Lewis’s grandfather, the Rev Thomas Hamilton, served as first rector and is the cradle of and gateway to much of Lewis’s wider work’.

The celebratory evening is part of a month of events in the parish to mark the life of one of its most famous sons. Doors open at 7pm sharp and all are welcome.

On Monday November 11 Alister McGrath will be sharing lunchtime thoughts with students at the Church of Ireland and Methodist Chaplaincies at Queen’s University.

Later that evening Professor McGrath will be giving a public lecture entitled ‘Ireland’s Gift to the Christian World: C. S. Lewis’s Vision of Christianity and its relevance today.’ The lecture will commence at 8pm in The Hub on Elmwood Avenue and will be followed by light refreshments.

The Rev Barry Forde, Church of Ireland Chaplain at Queen’s, said: “Professor McGrath has been writing and speaking extensively on the influence of Lewis, and we are very much looking forward to two evenings that no doubt will enthuse and inspire both Lewis enthusiasts and a wider audience.”

The November speaking engagements are part of a series of events undertaken by Professor McGrath. “The extent of popular and media interest in Lewis’s anniversary has taken me by surprise,” he said. “I’m speaking at literary festivals, conferences, universities, and churches across the country in November, and my biography of Lewis has attracted considerable media attention. Lewis is clearly seen as a major religious and cultural figure today.”

Three books to mark this anniversary, written by Professor McGrath, will be available for purchase on both evenings. The event is being hosted by the Parish of St Mark’s Dundela, the Church of Ireland and Methodist Chaplaincies at Queens, and the Good Book Shop. All are welcome, and retirement offerings will be taken on both evenings to help defray associated costs.