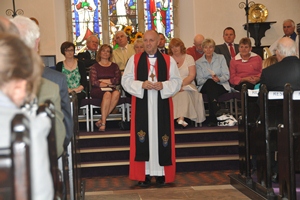 A Service of Re–dedication was held in Duneane Parish Church to mark the completion of an eight month refurbishment of the historic church.

Project manager Stanley Love said that 55 people had worked on the project along with him and his team of Stephen Kerr and Eddie Hampton.

The final net cost for the completed project was £187,000. “The majority of spend on the project has been to improve the fabric of the structure, and therefore prolong its useful life, with the balance expended on decoration and aesthetics. 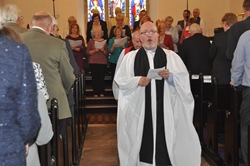 “Design for the proposed improvements was undertaken in–house with actual work carried out on a self–build basis that negated the need to appoint a main contractor. This not only provided for better control and management of the proposed work but also contributed to significant savings in the overall cost of the project.”

The church was completely re–plastering internally and externally, the vestry extended to include a new boiler house. A new disabled toilet was built, new central heating system installed, the church was completely rewired, the vestry and porch re–roofed, new flooring was put in under pews and communion table, the sandstone aisle was refurbished, the porch floor retiled, and new doors, frames and hardware were installed. 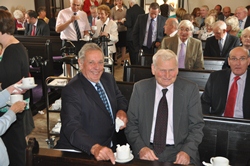 In addition existing timbers were treated for woodworm, new lights were installed and repairs carried out to stained glass windows. Walls, doors and furniture were repainted, and other improvements included new cupboards, carpeting, a new PA System, new drainage systems and widening of the avenue to the church.

Stanley said: “Work has been carried out by skilled craftsmen/tradesmen to the highest possible standards and each and every one of them is to be commended for their workmanship and quality of work produced. Their collective efforts will undoubtedly preserve the church for many more years to come. 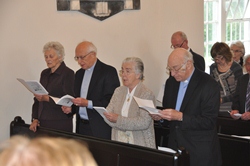 “The rector and select vestry were extremely supportive of our efforts right from the outset through to completion of the work. Consequently work was always allowed to progress without interference and interruption.”

Stanley added that he was ‘proud and privileged’ to have been involved with the restoration of what he described as this ‘picture postcard’ church. 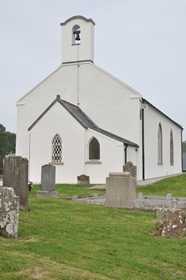 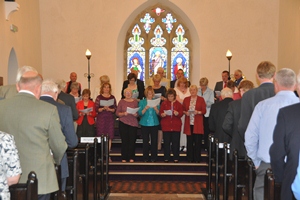